Posted by Staff on Nov 2014 in Advocacy, All Stories, News Updates | 0 comments 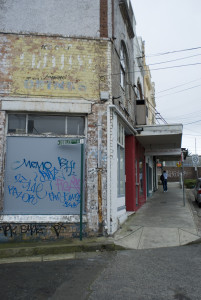 In September, the Liberal Government released Realizing Our Potential: Ontario’s Poverty Reduction Strategy (2014 – 2019). Unlike the previous strategy, which emphasized alleviating child poverty, the new strategy is broader and identifies homelessness and the need for affordable housing as challenges that need to be addressed.

Through the new poverty reduction strategy (PRS), the Province commits to preventing and ending homelessness, creating 1,000 new supportive housing spaces over three years, and updating the Long-Term Affordable Housing Strategy. Prior to the release of the PRS, the Province had also signed an agreement with the federal government to extend the Investment in Affordable Housing (IAH) program and First Nation, Inuit, Metis, Urban & Rural (FIMUR) housing program.

The Province’s commitments, in particular those related to homelessness, are bold. But commitments do not make a strategy, and the absence of a deadline and concrete next steps are glaring in some areas. This is particularly evident in the commitment to end homelessness.

The Province intends to consult experts to determine how to measure and collect data on homelessness and will then develop a plan to reach that goal. We commend the government’s commitment to evidence-driven social policy and agree that it is the right way forward.

However, given the extensive homelessness-related research available, we wish that the commitment was as ambitious in the short-term as it is in the longterm. As Ontario’s housing affordability deteriorates and social housing waiting lists grow, a delay to concrete action may exacerbate the cynicism with government felt by those who work with homeless and at-risk households.

Overall, however, we applaud the Province’s recognition that affordable housing is key to preventing and alleviating homelessness and poverty. As the government collects evidence to inform its social policy, we believe that the social and economic value of housing (re)investment will become even more apparent. We look forward to collaborating with government as it undertakes its ambitious agenda.

Read a copy of Realizing Our Potential: Ontario’s Poverty Reduction Strategy (2014 – 2019) at bit.ly/1qWsRCm.