Posted by Staff on Feb 2015 in All Stories, Features | 0 comments 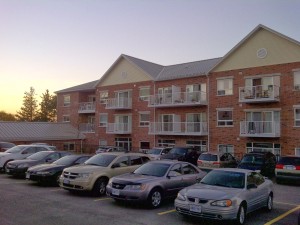 The building quickly filled and, within a decade, more units were needed. The Board applied for affordable housing funding to add 30 more units to the building. Construction on the extension was delayed by several years due to funding and construction challenges, and Phase 3 of Royal Oak Court was completed in 2012. The new units were filled in less than three months.