Posted by Staff on Jun 2015 in Advocacy, All Stories | 0 comments

Generation Squeeze: Younger Canadians are getting a lousy deal 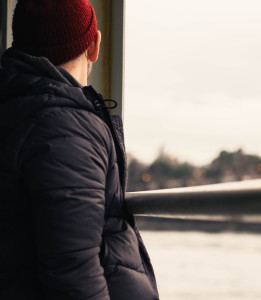 It’s fashionable for politicians to act as champions of the middle class and to craft policies and promises that favour the voting population. Statistics Canada found that 82 percent of Canadians between 65 and 74 regularly cast ballots. By contrast, only 50 per cent of 18 to 24 year olds vote regularly.

Who is served best by Canada’s social policies? According to Paul Kershaw, founder of Generation Squeeze, it isn’t young people.

Generation Squeeze, a Vancouver-based lobby group, argues that the needs of younger Canadians aren’t enough of a priority for politicians and policy makers. The group found that Canadian governments spend more than $33,000 per citizen over the age of 65 and less than $12,000 per citizen under the age of 45.

While the costs of housing, tuition, and childcare are rising, wages aren’t keeping pace. These financial pressures burden young people the most and could lead to a delay in retirement.

Kershaw, who also acts as the Executive Chair of Generation Squeeze, wants to see young people mobilized to affect change. “We want to inspire young and old to remember politics work for those who show up.”

Kershaw is quick to clarify that the group is not seeking to take benefits away from the older generation. “Sometimes, when we point to policy adaptation, people worry we’re taking away from seniors,” he says. “We need to reassure them that [the seniors’ lobby] is working, but let’s make it work for all generations.”

Not surprisingly, one of the biggest areas younger people are feeling the pinch is in housing. High home prices have created wealth for older Canadians selling their homes, but have made homeownership costly or impossible for younger Canadians. Adding to the pain of higher housing costs are crushing student loans and unaffordable childcare. Generation Squeeze has proposed one solution: increasing taxes on homes that are over 1.5 million.

“This is not taxing income but wealth,” Kershaw explains. “It would dampen the factors that are driving up house prices.”

“In the short term it’s hard for policy makers to influence housing prices,” he adds. “The government can increase the supply side, having more non-profit housing options available.” He’d like to see the federal government return to supporting housing and also suggests more immediate solutions to help young people afford a home.

“Losing one income to parental leave and paying for childcare is equivalent to having a second and third mortgage,” says Kershaw. “Maybe the government can’t influence housing prices but it can influence things like parental leave and childcare. This would make it easier for young people to get ahead in the housing market.”

“I don’t care how we save young people money…but in the short term we can save people tens of thousands through family policies. Nine out of ten still want kids. Let’s make it easier for them to pay off their student debt and pay off their home, or deal with higher rents.”

One of Generation Squeeze’s biggest missions is myth busting in defense of young Canadians, who are often described as lazy and entitled. Kershaw rejects these stereotypes, pointing out that younger generations have devoted more years to school, put in more work, and put in more hours of paid and unpaid work than those over 45. Rather than being lazy, he explains, the young tend to have a hard-work ethic, and are far from entitled as they receive only a fraction of government benefits.

Leading up to the federal election, Generation Squeeze is focused on building a base of Canadians of all ages who are interested in change. “If we wait until election day we miss the ability to shape the platform. We need to organize more than a year in advance. We need to be part of an organization where there are thousands and thousands of us.”

Dr. Paul Kershaw has three pieces of advice for the squeezed generation: