Building Up has big goals for creating change in Ontario’s affordable housing sector. 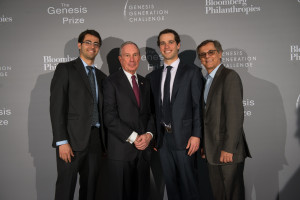 Building Up’s innovative model has received support and validation from a number of major organizations, which includes Michael Bloomberg’s Genesis Generation Challenge prize of $100,000 for big ideas that better the world. In addition, Building Up was named one of the Centre for Social Innovation’s 2015 Agents of Change and an Ashoka Canada Changemaker.

The work has already begun for Building Up and the first group of trainees, who completed a successful water retrofit at St. Clare’s Multifaith Housing Society, an affordable housing complex in central Toronto. The installed toilets have been well received and the savings have exceeded Building Up’s projections. 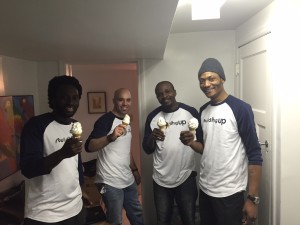 Jon Harstone, the Executive Director at St. Clares, wrote a letter testifying to the significant early savings experienced from the retrofit, stating that, “The [City of Toronto daily consumption] report shows that during the first four months of 2015 the average water consumption at 25 Leonard was about 40 m³ per day and after [Building Up] replaced the toilets at the end of April the usage dropped to approximately 15 m³ per day.” Further, Jon wrote, “It will be interesting to see if we get similar savings when we convert our other buildings, but the impact from the toilet conversion at 25 Leonard was surprising and very impressive. The cash savings goes straight to our bottom line.”

The toilets and other hardware being installed by Building Up represent new technology in Canada that generates significant savings. Based on data from over 25 audits completed by Building Up, average projected savings for a 100 unit building is $14,660 per year, which reflects conservation of over 2.5 million litres of water. These average savings figures would allow a payback on a total project cost in under 2.5 years and a return on investment of 49 per cent. The toilets installed by Building Up are ADA approved for persons with disabilities, are recycled and have a MaP score of 800 – meaning that they can flush 800 grams (where a person’s “business” is 350 grams 99 per cent of the time). 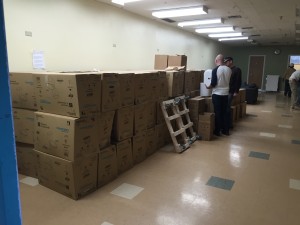 The Building Up team is excited about the progress thus far and the prospect of making significant social impact through their three major goals, being: 1) to provide relevant training and access to employment in the trades for persons with barriers to employment; 2) to create savings for affordable housing buildings; and 3) to reduce water consumption in Ontario. Building Up provides its trainees with tool sets, a curriculum that includes math and first aid training, and connections to long-term careers in the trades.