Posted by Staff on Aug 2015 in All Stories, Member Support | 0 comments 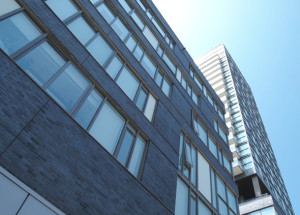 The latest release in ONPHA’s infoON series addresses the issue of head leases between supportive housing providers and private sector landlords. Written by Douglas Levitt of Horlick Levitt Di Lella LLP, this infoON discusses a recent Landlord and Tenant Board (LTB) decision and offers advice on how housing providers should proceed going forward.

In 2014, a private sector landlord applied to the LTB with a request to terminate its lease with a supportive housing provider. In March of 2015, the Board released its decision, which states that the agreement between the head tenant and the landlord is not a residential tenancy agreement and is therefore not governed by the Residential Tenancies Act (RTA) or under the jurisdiction of the Board. Instead, it is a commercial tenancy agreement, and is governed by the Commercial Tenancies Act (CTA). The relationship between the supportive housing provider’s client – the resident living in the unit – and the landlord, however, remains under the RTA.

The Board’s decision is important for housing providers because the CTA offers significantly less protections to tenants than the RTA. Unlike the RTA, the CTA does not explicitly protect head tenants from rent increases and evictions, or clearly set out the rights and responsibilities of both tenants and landlords. Moreover, tenants under the CTA cannot appeal to the Landlord and Tenant Board to resolve their issues. Instead, they must bring their dispute to the Superior Court of Justice, which is a significantly more expensive and time-consuming process than the LTB.

Mr. Levitt advises that in order to limit the consequences of the LTB’s decision, housing providers that are negotiating new agreements with private landlords should ensure that certain protections are written into the lease at its inception. As the head tenant, the provider should negotiate limits regarding rent increases and evictions, and discuss alternative ways of resolving disputes that are less costly than appealing to the Court.

For housing providers that already have established head lease agreements, Mr. Levitt suggests that that they review their lease to see if it contains any protections for the head tenant or provisions that relate to the RTA. If so, the head tenant may be able to argue that they are protected under these terms. However, it is suggested that providers who are either looking to enter into a new lease with a private sector landlord or enforcing the provisions of an existing lease seek out the assistance of a lawyer with advanced knowledge of both residential and commercial tenancy law.