Posted by Staff on Oct 2015 in Advocacy, All Stories, News Updates | 0 comments 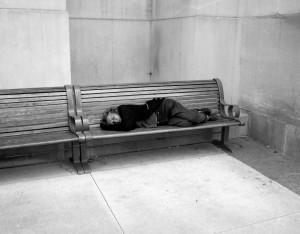 Yesterday, the Ministry of Municipal Affairs and Housing (MMAH) released A Place to Call Home, the final report from the Expert Advisory Panel on Homelessness. Based on the report’s recommendations, the Province has committed to ending chronic homelessness within 10 years. The report’s definition of chronic homelessness refers to individuals who have spent six months or more in a shelter or a place not fit for human habitation.

The Province will focus on four groups that commonly experience homelessness: youth, Aboriginal peoples, people exiting provincially-funded institutions and services, and individuals who have been unsheltered for extensive periods of time. Local areas will also be required to gather information on the number of homeless people in their communities.

ONPHA welcomes the report and the Province’s continued commitment to evidence-based policy decisions. Lack of data on homelessness in Ontario is a serious issue in our sector, and continued funding for local solutions is a positive step forward.

ONPHA President Meg McCallum agrees. “One in five renter households in Ontario spends more than 50 per cent of their income on housing costs,” she said. “Without stable, long-term funding for new affordable rental units, people will continue to be at risk of homelessness.”

With this in mind, ONPHA looks forward to the release of the updated Long-Term Affordable Housing Strategy later this fall, which we hope will outline the Province’s strategy for increasing the supply of affordable housing in Ontario.