Categories Menu
Home » All Stories » What does the new Liberal government mean for housing?

Posted by Staff on Oct 2015 in All Stories, News Updates | 0 comments

What does the new Liberal government mean for housing? 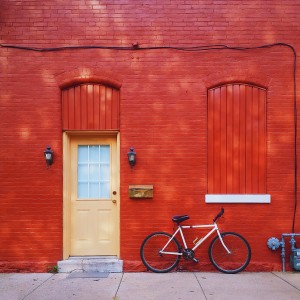 On Monday, voters across Canada chose red. The Liberal Party won 184 seats in the legislature, giving them a solid majority government. The Conservatives, who had enjoyed a majority government since the 2011 election, saw their seat count drop to 99, while the NDP won only 44 seats. The Liberals were particularly successful in Ontario, where they captured a stunning 80 of 121 seats.

So what does a Liberal majority government, led by Prime Minister-elect Justin Trudeau, mean for the future of affordable housing and the non-profit housing sector?

Throughout the campaign, the Liberals made several commitments to increase affordable housing in Canada. Importantly, the Liberals have said they will re-establish a leadership role for the federal government on housing through the creation of a national housing strategy.

In terms of funding, the Liberals have committed to investing $20 billion in “social infrastructure” over a decade. While the Party has not specified how this spending will be allocated, they have made housing commitments, including the renewal of operating agreements for cooperative housing, the construction and renovation of social housing, and investment in Housing First programs. 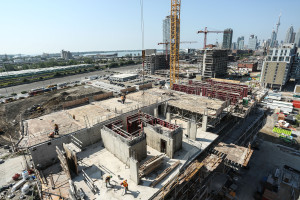 In an effort to stimulate the creation of affordable housing, the Liberals also committed to eliminating the GST on new capital investments in affordable housing; directing CMHC to create a Canada Infrastructure Bank to help stimulate new development by the private and community sectors; conducting an inventory of federal lands for affordable housing development; and giving Canadians more flexible options to use their RRSPs to purchase a home without penalty.

These commitments demonstrate a welcome change from the Harper government’s hands-off approach to the housing file. In the same period, housing affordability has become a more pressing issue for thousands of families across the county. Nearly one in five Canadian renter households now spend more than 50 per cent of their income on housing – a number that puts them at risk of homelessness. If there was ever a time for the federal government to directly address housing issues, it is now.

A Liberal majority at the federal level also bodes well for relations between Ottawa and Queen’s Park. Ontario Premier Kathleen Wynne expressed a desire for a federal partner that would prioritize infrastructure investment. After publicly lending her support to Trudeau’s campaign, collaboration between the two levels of government is likely to increase. And, the timing of the Liberal win means that we may see the evidence of this collaboration in the release of the Province’s update to the long-term affordable housing strategy.

While many of the details of the Liberals’ housing promises have yet to be released, the election results show that Canadians desire change at the federal level. One of the clearest promises of the Liberal campaign was a commitment to restore the long-form census – a move that ONPHA, along with other organizations committed to evidence-based decision making, welcomes. Looking forward, we will work with our federal and provincial partners to engage the new federal government as they implement their housing commitments.