Posted by Staff on Nov 2015 in Advocacy, All Stories | 0 comments

National Housing Day: A time to reflect on Canada’s housing 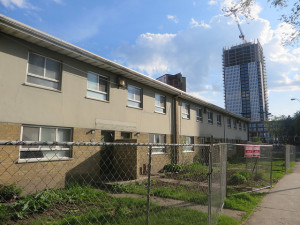 Every year, organizations across Canada recognize National Housing Day to draw attention to the housing needs of their communities. The event originated in the late 1990s, when the Toronto Disaster Relief Committee declared that homelessness had reached a “state of emergency.” Since the year 2000, National Housing Day is celebrated on November 22 to advocate for increased government funding for housing and the creation of a national housing plan.

Fifteen years later, National Housing Day is needed more than ever. Thirteen million Canadian households spend more than 30 per cent of their pre-tax income on housing – an amount that is unsustainable for families’ budgets. Even more concerning is that nearly one in every five renter households spends more than half of their pre-tax income on rent, putting them at risk of eviction or homelessness. Housing affordability is an issue that affects both the working and middle classes, in every community.

The increase in homelessness over the past two decades helps to demonstrate the affordable housing crisis facing our country. As of 2014, 235,000 Canadians experience homelessness each year – a number that has devastating personal and social costs. According to the Homeless Hub, homelessness costs the Canadian economy a total of $7 billion each year, through increased pressure on our shelter, social services, health care, and justice systems. 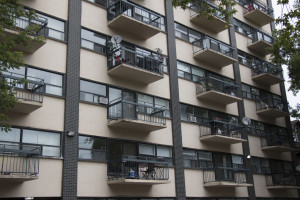 At the same time, the social housing buildings that provide affordable homes to hundreds of thousands of Canadian families are aging rapidly. Most of the stock was built more than 30 years ago, meaning that roofs, elevators, furnaces, and other building elements need to be replaced or upgraded. In the case of Toronto Community Housing, a $2.6 billion repair backlog means that some units are in such a poor state that they must remain vacant.

If people can’t afford the rents in their communities, and if social and affordable housing isn’t available to provide alternatives, more households will become homeless. If nothing is done, the situation will get worse. Federal funding for social housing, which in the 1990s was $2 billion a year, is set to decline to $604 million by 2025 and $35 million by 2035. If nothing changes, there will be no federal investment in social housing by 2040.

The solution to all of the above issues is simple: more funding for the creation, maintenance, and preservation of social and affordable housing.

Thankfully, the new federal government has committed to preserving and expanding Canada’s social housing stock. In their election platform, the Liberal Party promised to boost funding for social and affordable housing, and to assist cooperative housing providers after the end of their operating agreements. Concrete details haven’t been released yet, but the Liberals’ commitment to developing a National Housing Strategy is a positive sign.

Now it’s up to us, as voters across the country, to make sure they follow through. Canada needs action on affordable housing – and fast. This year, on November 22, we look to the new federal government for a clear and comprehensive plan that will ensure all Canadians have access to a safe place to call home.