Categories Menu
Home » All Stories » Designing for residents with dementia

Posted by Staff on Dec 2015 in All Stories, Features, Slider | 0 comments

Designing for residents with dementia 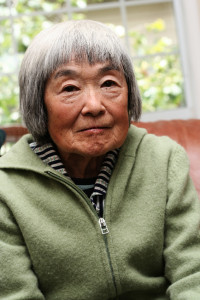 eniors will account for 26 per cent of the province’s population. As seniors age, the likelihood that they will experience dementia increases. This means that across Canada, the number of people living with dementia is set to double over the next 20 years.

Dementia is not a specific disease, but rather a term that that refers to a declining mental ability that interferes with the activities of daily life. The two most common forms of dementia are Alzheimer’s disease, which affects one in four Canadians over 85, and vascular dementia caused by a stroke.

Cedarhurst Dementia Care Home, a non-profit retirement home in North Toronto, has a residential layout oriented around the needs of residents with dementia. Based on the award-winning work of Australian doctor John Tooth, Cedarhurst is comprised of four separate units, with six residents each. The units are self-contained, with their own bathrooms and large kitchens, as well as a personal support worker to assist with daily activities. “Because we’re an actual house that has been divided into pods, it feels much more like a home,” said Cedarhurst’s CEO Gloria Lattanzio. “It’s trying to retain that familiar structure from the places where [the residents] lived.”

According to Lattanzio, an important element of designing for dementia patients is to ensure that they can move around. “Homes need to be designed in such a way that residents can walk around and explore,” she said. “Many people with dementia get restless, so that’s absolutely key.”

Elsewhere in Ontario, has incorporated a mobility strategy while connecting residents to the past. The Memory Care Centre was inspired by Hogewey, a nursing home in the Netherlands. Hogewey is famous for creating Hogeweyk, a care community for dementia patients that is also a village, complete with a supermarket, restaurant, and theatre. The 150-plus residents of Hogeweyk live in houses in the village, and are able to move about both their living area and the community as a whole.

At Georgian Bay Retirement in Penetanguishene, residents of the Memory Care Unit live in an environment designed to evoke comforting memories. The open-concept home includes elements from the 1940s and 1950s, such as a vintage Dodge, as well as a nursery, which connects residents to their memories of when their children were young. “We work with residents to help them feel safe, comfortable, and cared for,” said one staff member. “We wouldn’t have something in the Memory Care Unit like a laptop or a tablet, for example, as this technology isn’t familiar to the residents with dementia and doesn’t connect to their reality.” The Memory Care Unit expands over 24,000 square feet, in which residents can roam freely in a safe and secure environment.

While most non-profit housing providers are unable to completely redesign their properties in such a way, there are smaller steps that providers can take to meet the needs of their residents with dementia. Lattanzio noted that points of orientation are key for residents struggling with dementia. Making sure that carpeting contrasts to clearly show boundaries, she said, and having a decoration or photograph on each door that is unique can be helpful steps. “You’re trying to retain that piece of familiarity, to personalize it,” she said. “Everything from how you use colour, to the furniture that you have – you want to choose things that are calming and comfortable. It’s helpful to think of yourself, and what kind of home you would like to live in.”

Further resources on designing for dementia: