Posted by Staff on Dec 2015 in All Stories, Features | 0 comments 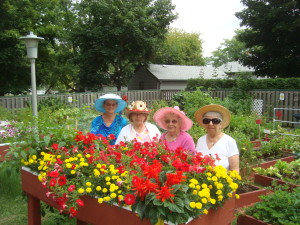 Ontario is a great place to grow old, with some communities becoming increasingly popular for those heading into retirement. The clear favourite appears to be Peterborough where approximately 19 per cent of residents are over the age of 64, compared with the averages of 14.6 per cent throughout Ontario and 14.7 per cent throughout Canada.

In 2011, approximately 37 per cent of Canada’s adults aged 65 and older lived in Ontario. This raises specific challenges to Peterborough and other municipalities with populations that are aging higher than the provincial average. Family members who are caregivers risk exhaustion, low-income adults without support may face serious financial and health challenges.

Statistics Canada reported that 5.4 million people throughout Canada provided care to a senior family member of friend in 2012. Also, 25 per cent of caregivers were providing care for those with Alzheimer’s or other forms of dementia. Adults over 85 were more likely to live in supportive housing or a care facility (over 55 per cent compared to 25 per cent who lived independently).

For those with older parents and spouses, care-giving can be stressful, and 29 per cent of those who provided care while living with the care recipient had experienced strain within the family as a result of the care. This was a lower amount, of 21 to 23 per cent, for those who provided care to older adults in other categories of housing (including long-term care and supportive housing).  Caring for parents and partners as they age can also result in increased costs, as caregivers cover expenses out of pocket.

For those without enough support, and living on low incomes, this can put additional pressure on housing providers to help meet the accessibility and care needs of older residents. Projections by the Ontario Ministry of Finance show further changes to this distribution throughout the Province moving forward.