Posted by Staff on Mar 2016 in Advocacy, All Stories, Features, Slider | 0 comments

Social housing is having its moment, CHRA’s new ED Jeff Morrison intends to make it last 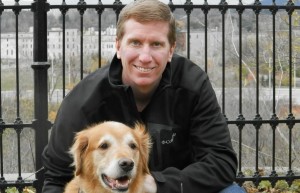 With seven marathons under his belt, CHRA’s new Executive Director Jeff Morrison clearly isn’t one to shy away from a long and perhaps even painful process. “I’ve got a weird sporting mix,” he admits, which includes marathons, ultimate Frisbee, curling, and softball. He is also the chair of Ottawa’s first ever-national capital pride run, and on the boards of Bruce House and Operation Come Home.

After spending nine years working in the health care and built environment industries, Morrison became familiar with the housing sector from the outside. At the same time he was running for city council and volunteering for non-profit organizations, and with each role he heard about the need for affordable housing. Now at the helm of Canada’s national housing organization, Morrison is ready to seize emerging opportunities and keep housing at the forefront of the Federal government’s agenda.

“What has been clear to me for some time,” says Morrison, “Is that CHRA was an organization that was consistently punching above its weight. It has the ear of many decision-makers at the federal level, and is doing a lot of good work to put social housing on the radar.”

It’s a fortunate time for the former government relations director to step into this advocacy role. After decades of silence, social housing is front and centre on municipal, provincial, and federal governments’ radars. “It’s been so long since social housing has had this kind of attention,” Morrison adds.

The real challenge will be to keep that attention. “The new (federal) government is keen and interested in investing in housing, and working with partners. It’s an openness we haven’t seen in some time. One of the challenges that concerns me is ensuring that social housing isn’t the flavour of the month. There is a great deal of buzz and momentum that housing is seeing. But often, these issues are high on the radar, and then other things come up. We need to make sure this government is committed in the long term. Harper was elected with five key priorities, and those five kept getting repeated over and over. Yet a year or two after the election, you would be hard pressed to hear about them. How do we make sure that the buzz is continuing?”

His advice to housing advocates? Keep the conversations going. “In my 20 years of government relations work, it’s never a coincidence that governments are speaking about particular issues. Every time they raise an issue it’s because of thousands and thousands of conversations.” Morrison encourages ONPHA members to keep reminding their MPs, MPPs and their municipal representatives about the need for social housing. “That will go a long way,” he elaborates. “One conversation may not seem like a big difference, but in the long run, they do. Keep having the conversations, the chats – it does play into a bigger picture.”

Morrison believes the housing sector is at a crossroads, with an opportunity to shape federal housing policy for many years to come. CHRA is preparing to lead that conversation and to work with stakeholders and other housing organizations to ensure the message is unified and aggressive. “We’re not going to let social housing be forgotten,” he promises.

Like many ONPHA members, Morrison’s number one concern is what happens when operating agreements expire. “There’s a lot of uncertainty on what the future looks like,” he says. “How can the housing sector reinvent itself to respond to that future? That’s where we have to pay a lot of attention and define what that looks like. Whatever policy framework the government arrives at should address that, but may not replace operating agreements fully.”

His plan for the immediate future is to build up the association, which, at just over 300 members, has growth potential. A larger CHRA membership will improve its ability to get to the next level with government. “The next challenge will be to see a long-term housing strategy for Canada implemented at a federal level,” he says. “One that is thoughtful, represents the diversity of housing, and reflects the spectrum of housing needs – that would be an incredible accomplishment for CHRA.”

Morrison hopes to see CHRA become a bridge between interests in the housing sector, all three levels of government, and the sector’s diverse stakeholders.

Despite ambitious goals and the challenges ahead, Morrison feels invigorated by the enthusiasm he has found in ONPHA members. “My motivation and energy is being fed by the energy of the housing providers doing the hard work on the ground, day in and day out,” he says. “Their energy has been infectious, and I really appreciate it!”