Posted by Staff on Sep 2016 in Advocacy, All Stories | 0 comments

How can the National Housing Strategy help Ontario’s non-profits? 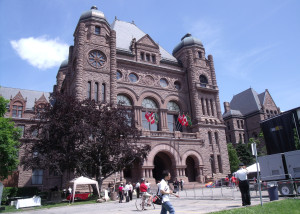 The Minister was interested in hearing our thoughts on how Ontario should respond to the National Housing Strategy (NHS). Questions included whether ONPHA supported the framework set out by the federal government, what deliverables we wanted to see and what roles we envisioned for members.

The strategy should focus on delivering capital and operating funding for new development, as well as providing flexibility for the province and service managers. We also want to see the federal government capitalize on the mission-orientation of community-based non-profits.

ONPHA is currently working on its own response to the National Housing Strategy, which will be available in October.