Posted by Staff on Dec 2016 in All Stories, Features, Slider | 0 comments

ONPHA member Ottawa Salus opened its Salus Clementine development in October 2016.  It is the first commercial multi-unit residence to receive “passive house” pre-certification – the most energy-efficient building that conforms to the strictest environmental construction standard in the world. The Salus Clementine development is so efficient that it reduces heating demand by 85 per cent compared to the current Ontario Building Code and each 400 square foot apartment is estimated to cost less than $30 per year to heat.

Why did an organization founded on providing housing and support for people with mental illness take on such a large-scale green project? 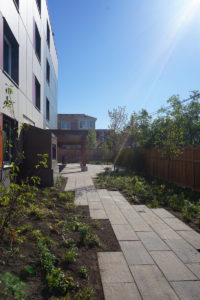 Lisa Ker, executive director at Ottawa Salus, said providing a roof over someone’s head is only one piece in creating a home and a community. “Being environmentally aware”, Lisa says, “is essential to the sustainable development paradigm”, to which its components, the others being social and economic, form the basis of social equity. For Ottawa Salus, this was not only an environmental issue but also an issue of social justice.

While Ottawa Salus staff had been spearheading two green committees, one for staff and one that is tenant-based, at the forefront of the Clementine development was the concept of environmental sustainability instead of just another “nice green thing to do” Lisa tells us.

In countries like Germany and Austria, building affordable housing using PassivHaus design is considered business as usual. “This isn’t anything new” she told us, “the knowledge has been around for decades”. While the new building comes with many features, it is not using new or high-tech green technology. Ottawa Salus found that the concept of a ‘passive house’ was actually simpler than they had originally imagined. 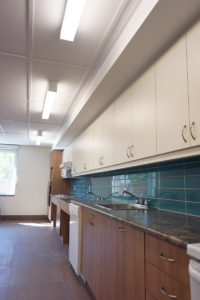 The building works under the general principle of energy consumption management, meaning it does not require as much energy as a building built to code to function. Most of its star features are already known by housing providers, but they are built with more intention. For example, the building relies on basic design principles such as extra insulation and “air tightness” to prevent outdoor air leakage. However, it has additional features such Passive House certified European Tilt and Turn Windows to meet the passive house standard.

With the organization’s recent success, Lisa hopes that they will inspire the non-profit housing industry to lead the battle against climate change. With this project, Lisa wants to reinforce that environmental change does not need to come from the wealthy or the middle class. Lisa said that the non-profit housing industry is already an expert at energy consumption management. “As non-profit organizations, we understand what it means to live in limits, and our tenants live that every day,” says Lisa. “Environmental leadership has already, for some time now, been coming from those who have less” and why should it stop now? 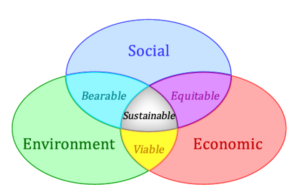