Sponsored: Saying “no” to workplace harassment 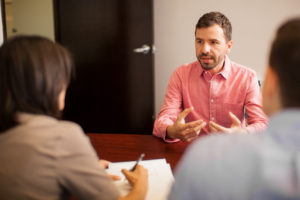 Usually, when someone’s behaviour crosses the line and becomes inappropriate, you’ll know it. It can be difficult, however, to know when exactly it becomes something more serious, such as harassment. Sometimes at work, co-workers, supervisors or customers do or say things that are degrading or annoying. But is this harassment?

What is harassment?
Workplace harassment is “any behaviour that demeans, humiliates or embarrasses a person, and that a reasonable person should have known would be unwelcome.” Harassment can include:

Bullying in the workplace
Unfortunately, bullying is not limited to the schoolyard. Adults use physical and emotional tactics to humiliate, intimidate and feel in control as well. In fact, the Canada Safety Council suggests that bullying or general harassment in the workplace is far more prevalent than sexual harassment and racial discrimination.

Bullying can be defined as any incident in which a person is abused, threatened or assaulted in circumstances relating to their work, including all forms of harassment, intimidation, physical threat and assault, robbery and other intrusive behaviours.

Identifying bullies
Much like the bullies we remember from school, adult bullies tend to be people who are insecure, have poor social skills and little empathy. These people are usually trying to compensate for their inadequacies by attacking or diminishing those around them.

Workplace bullies often find fault with their targets, or subject them to unjustified criticism. They may humiliate their victim in front of others or set unrealistic goals to ensure the target’s failure. The effects of this bullying can include self-doubt, poor productivity, severe emotional stress or even physical violence.

While women are most often the victims, sexual harassment can also be directed at men. Incidents are often perpetrated by authority figures, such as managers or clients who take advantage of the victim’s vulnerable position. Sexual harassment might include one isolated case, or it can be behaviour that occurs repeatedly over a longer period of time.

What is discrimination?
Discrimination is a form of harassment that occurs when someone is treated differently or unfairly because of a personal characteristic such as skin colour, race, national or ethnic origin, or religion. According to the Canadian Human Rights Commission, discrimination can include, “not being hired, losing a job, being paid less, or not getting a promotion or some other work benefit … different or unfair treatment.”

Behaviour that demeans, humiliates or embarrasses, and which is unwelcome, such as racial slurs or jokes, is considered discrimination. Discrimination can be emotionally devastating to the victim and can poison a workplace environment.

Although you should make it clear to a harasser that their behaviour is unacceptable, be careful about confronting a bully yourself. Instead:

Any type of bullying, intimidation or discriminatory behaviour is an infringement on your rights and contributes to an unhealthy workplace. It is therefore important to acknowledge and deal with this issue to prevent it from occurring again in the future.

Connect with Morneau Shepell for confidential support or to learn more