Posted by Staff on Feb 2017 in All Stories, Features | 0 comments 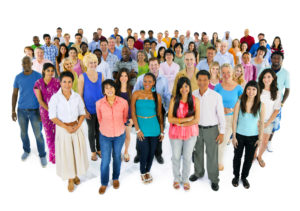 The concept of a “basic income” is centred on the belief that all residents in a defined community should be entitled to receive a minimum income. Generally, those who support the notion of a basic income believe that it can help reduce poverty, simplify complex social assistance systems, improve health and other outcomes, and increase labour force participation, among other benefits. There are widespread opinions among proponents about how best to determine basic income levels and how to deliver benefits to those who fall below a certain threshold. But, the common thread between these perspectives is that there should be a universal, minimum income available to everyone.

The idea of a basic income is not new, but recent years have seen a global resurgence in exploring its use to alleviate poverty. Currently, governments in places like Finland and the Netherlands, just to name a few, are in the process of implementing or designing test programs. There has also been increased interest here in Ontario with the provincial government committing to a Basic Income Pilot to examine whether this approach could effectively deliver income supports and improve outcomes for low-income residents. Initially announced within the 2016 Ontario Budget, the province recently facilitated a public consultation process on the design of the Pilot.

The approach that Ontario is proposing for the Pilot has been very much based on a comprehensive discussion paper prepared for the province by the Honourable Hugh Segal. In his paper, Segal raises numerous issues with Ontario’s social assistance system. He argues that the current system is judgement-based and degrading, that it discourages individuals from working, and that it does not allow those receiving benefits to escape economic poverty.  He presents several recommendations for testing how a Basic Income program could improve the lives of low-income Ontarians. For example, he suggests that the Basic Income Pilot be designed to:

Informed by Segal’s work, the Province released a Consultation Guide to facilitate their public process. Their Guide asked for comments on many topics related to: eligibility for the pilot; site selection; the design of benefits; the delivery of benefits; and the evaluation of outcomes. The government has announced that they will report on what they heard by the end of February, and release a final plan in the Spring.

ONPHA believes that many of the individuals our members serve would benefit greatly from the introduction of a well-executed Basic Income program. We made a submission to the Consultation where we expressed support for exploring its use, but also raised concerns around what we identified as potential, unintended consequences for the non-profit housing sector. Primarily, we are worried about how and if the Basic Income Pilot will be designed to interact effectively with current housing systems. You can read our full consultation submission here.