Categories Menu
Home » News Updates » Changes to the Residential Tenancies Act: What you need to know

Posted by Staff on Jun 2017 in News Updates, Slider | 0 comments

Changes to the Residential Tenancies Act: What you need to know 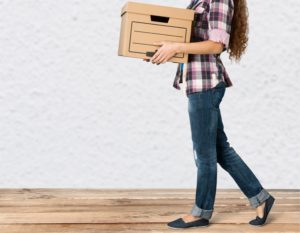 Ontario’s recently passed Rental Fairness Act makes several amendments to the Residential Tenancies Act (RTA), many of which will impact the day-to-day operations of non-profit housing providers. Some of these changes came into effect immediately, and others will be introduced at dates to be determined. Keep reading to find out what you need to know now, and other changes to expect.

The RTA provides that tenants facing eviction due to rental arrears can void the eviction order by paying the full amount outstanding and filing a motion to stay the eviction. However, there were many cases where evictions were stayed even if the amount outstanding was not paid in full. This resulted in lengthy delays and increased costs for landlords. The amendments introduced through the new legislation clarify that tenants can only file a motion to stay an eviction order if they also provide a sworn statement that the full amount of rental arrears was paid and accepted.

The RTA has always protected current and prospective tenants against landlords attempting to collect a fee, premium, commission, bonus, penalty, key deposit or other like amount of money. The new legislation clarifies that landlords cannot collect these from former tenants either. The amendments also clarify that if a tenancy has been terminated and the tenant has vacated, a landlord cannot attempt to collect additional rent.

While rental units built after 1991 were previously exempt from rent control rules, the new legislation will expand rent control to all private rental markets. This could have impacts for non-profit housing providers reaching the End of Operating Agreements (EOA), or those who have units developed through the Investment in Affordable Housing (IAH).

The new legislation prevents landlords from applying for AGIs for extraordinary increases in operating costs for utilities. This amendment has been made with the intent of mitigating the impacts of increased carbon costs on tenants, and encouraging more energy efficient buildings. The Province introduced interim regulatory amendments related to this previously, and it has now been formalized through the passing of this new legislation. This could have impacts for EOA and IAH housing providers.

Changes that will come at a later date:

The changes listed below have not yet come into effect. Some of these will come into force in at a later date, and others will be established through regulation or LTB Rules. Until these are established, housing providers should continue with their current processes. ONPHA will continue to monitor, communicate and consult our membership about developments as they are known.

Changes that will come at a later date include:

If you have questions about the new legislation and how it will impact your organization, please do not hesitate to contact ONPHA’s Member Support Department at member.support@onpha.org or 1-800-297-6660, ext. 115.