Posted by Staff on Jun 2017 in All Stories, Features | 0 comments

With operating agreements and mortgages soon coming to an end, social housing providers are beginning to think seriously about their next steps. As we plan ahead, our neighbours to the south have been dealing with this issue for years now. Many rent-affordability restrictions in America have expired or are on the verge, leaving much of the country’s stock of social and affordable rentals vulnerable.

As we wrestle with our own situation here in Canada, what can we glean from how this issue is being dealt with across the border?

In the States, one non-profit organization has emerged as an innovator and is leading the way in the affordable housing industry. Preservation of Affordable Housing (POAH) was created in 2001 as a response to expiring agreements. Their model is unlike anything that has yet to be seen in Canada. POAH handles all aspects of affordable housing, including the acquisition, preservation, redevelopment and management. 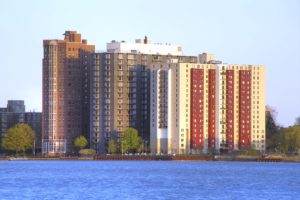 Championing the message of Housing Preservation

POAH’s ‘niche’ is their core vision of affordability out of existing or affordable rental buildings, not new construction. POAH identifies property owners of apartment buildings that have expiring affordability agreements in the hopes of negotiating a purchase, which, in many cases, has been supported by government subsidies that help non-profits like POAH purchase such properties and ensure ongoing affordability.

As leaders in the revitalization of properties and in some cases whole neighbourhoods, POAH is active in carrying the message of preservation over new construction. According to their most recent report, POAH has prevented the loss more than 9,000 affordable housing units, with rents remaining affordable long-term. Their portfolio of more than 80 properties is spread across 9 states and the District of Columbia.

What drives their success? 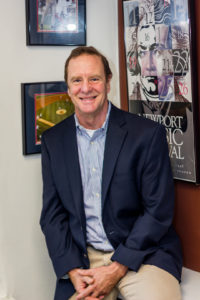 ONPHA spoke with Bart Lloyd, Managing Director of Acquisitions and General Counsel to find out. Since joining POAH, Lloyd has overseen the acquisition and financing of most of the POAH portfolio and has helped to shape preservation policies at all levels of government in the process. Recognizing the parallels between the situations in both the States and in Canada, he shared a few of POAH’s strategies for success, as well as a unique approach to End of Operating Agreements (EOA) in the States.

Being a professional organization that is comfortable taking risks is one of the keys to POAH’s quick growth. With an experienced and large staff team, they focused on getting results right out of the gate. “Just being an organization that’s done something is important,” says Lloyd.

Adopting a data-driven approach to operations can a huge impact on decision-making. Data plays an important role in POAH’s acquisitions, and helps them to identify opportunities that otherwise might be missed.

While data is important, POAH’s model is largely people-focused. “Relationships end up driving things even more than the data,” says Lloyd. POAH’s long list of partners includes community organizations, resident groups, public agencies, private investors and lenders, and advocacy groups. With so many collaborators, Lloyd notes the importance of understanding each party’s specific goals and interests to ensure relationships remain effective and produce value for all.

According to Lloyd, close to 30 per cent of POAH’s initiatives involve partnerships with local non-profits who own housing and are already contributing to the community, yet are not equipped with professional housing staff. POAH adds to their organizational capacity and helps them make sound organizational decisions.

A response to EOA in the States

Similar to the situation in Canada, about 15 years before their agreements expired, affordable housing providers in the States began to ask how they might respond. “One of the things I thought was very creative and helpful was that the federal government promoted this idea of de-coupling the subsidy,” says Lloyd.

This means that the model changed from providing the subsidy to an existing mortgage and allowed the housing provider to ‘de-couple’ the same subsidy stream into a new mortgage and new subsidy stream. This did not mean increasing the gross amount of the funding commitment, but giving providers free reign to creatively use the funds to recapitalize and obtain a new mortgage (often at lower rates) and ensure affordability into the future.

At the same time, the new availability of capital means there is reinvestment in stock, enabling providers to make better business decisions for the long-term. For example, purchasing laminate flooring may cost more than carpet, yet it has a longer lifespan and does not carry the same risk of causing medical issues as carpeting does. Using new capital to invest in better flooring means a reduction in operating costs over time, in addition to better health outcomes for tenants.

POAH’s example demonstrates that it is in indeed possible to build a new future after EOA. What are the takeaways from their story that can be applied to our Canadian context?

1. Carry on the conversation

The response the federal government in the States promoted after EOA has proven to be effective in achieving greater housing preservation. De-coupling the rent-geared-to-income (RGI) and operational subsidies give providers a tool that they can more creatively and efficiently re-deploy into new capital – resulting in better investments for the long-term.

While the United States has the Section 8 housing voucher program, Canada has nothing similar. Section 8 housing vouchers are a rent supplement that subsidizes the difference between what the tenant can afford to pay and the market rent. In order for de-coupling to work here, Canada would need to have a federally-available housing voucher (or something similar) that would function in the same way. Housing allowances, or Canada’s proposed housing benefit, might be a possible fit. The rent-geared-to-income (RGI) would become the portable housing benefit (PHB), which would serve the needs of tenants.

If we are to see a strong housing preservation movement emerge here in Canada, we must continue to lobby for program evolution and a modernized framework. We need leaders to step forward who are willing to actively engage with counterparts who share the goals of preserving these affordable housing assets for the future.