Categories Menu
Home » Advocacy » What we asked for vs. what the National Housing Strategy delivered

Posted by Staff on Dec 2017 in Advocacy, All Stories, Slider, Uncategorized | 0 comments

What we asked for vs. what the National Housing Strategy delivered 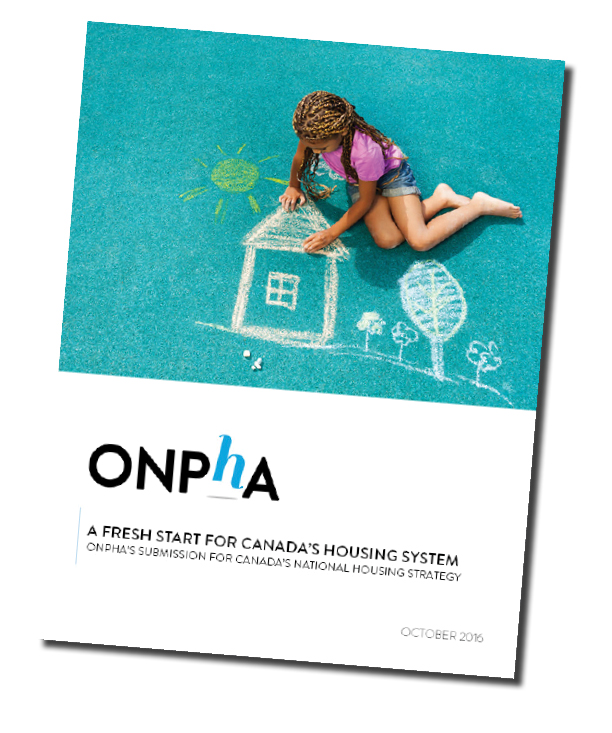 ONPHA submitted seven key recommendations to government during the public consultation process regarding the National Housing Strategy (NHS). Now that the Strategy has been released, how do our recommendations compare to what was committed? Here is a quick breakdown of what we asked for versus what we got.

We asked government to…

It was largely included, though the strategy doesn’t distinguish between the two streams of funding. The Strategy recognizes the contributions of the non-profit sector and expresses a commitment to maintaining it in the future, specifically through:

2. Recognize the growing need for supportive housing; take a systematic approach to identify needs and offer supports, as well as engage in cross-ministerial collaboration to coordinate housing and support.

Potentially… there are statements about needing to prioritize vulnerable Canadians within programs and there seems to be a shift in approach to homelessness programs. Specifically:

Whether the forthcoming Indigenous Housing Strategy addresses this has yet to be determined, as the government is still working on their strategy. Prime Minister Trudeau and Liberal MP Adam Vaughan  both made mention of the urban Aboriginal community in their comments at the official NHS announcement. No new funding has been identified as of yet, but we are cautiously optimistic that the needs of Aboriginal peoples will be addressed when the Indigenous Housing Strategy is released.

4. Define the federal interest, reflect that interest in ministerial roles, and work with provinces to connect strategies effectively. We also stressed the need for improved access to relevant and current data.

Federal interest is largely defined through the Strategy:

Was this included in the NHS

Tax exemptions and rebates could be realized through the Co-Investment Fund requirement to have support from multiple levels of government. Baseline funding will be preserved through the Community Housing Initiative and Canada Community Housing Initiative, although we do have questions around how money will flow to Service Managers and providers in Ontario.

This was achieved through the introduction of the new portable housing benefit alongside supply measures (including the development of new supply, preserving existing supply and preserving the affordability of existing units through various initiatives).

We also saw a commitment to working with communities to develop strategies that suit local contexts, and we are happy to see there is a focus around partnerships. There is also incentive for private supply through the Co-Investment Fund, Federal lands and probably IAH successor, and we are thrilled to see prioritization for non-profit providers built into initiatives.

Don’t miss our webinar Navigating the National Housing Strategy: The Community housing lens on January 11, 2018. Join ONPHA’s Deputy Executive Director Margie Carlson for a review of the Strategy and what it could mean for Ontario’s housing providers and ONPHA’s members. Register today.

If you have questions about the National Housing Strategy, please contact our Member Support Helpline at member.support@onpha.org or 1-800-297-6660 ext. 115. ONPHA’s in-depth analysis of the Strategy is to come.